Celebrating the Salmon of the Southeast

by Michelle Dutro, Expedition Guide on the Wilderness Explorer February 1, 2021 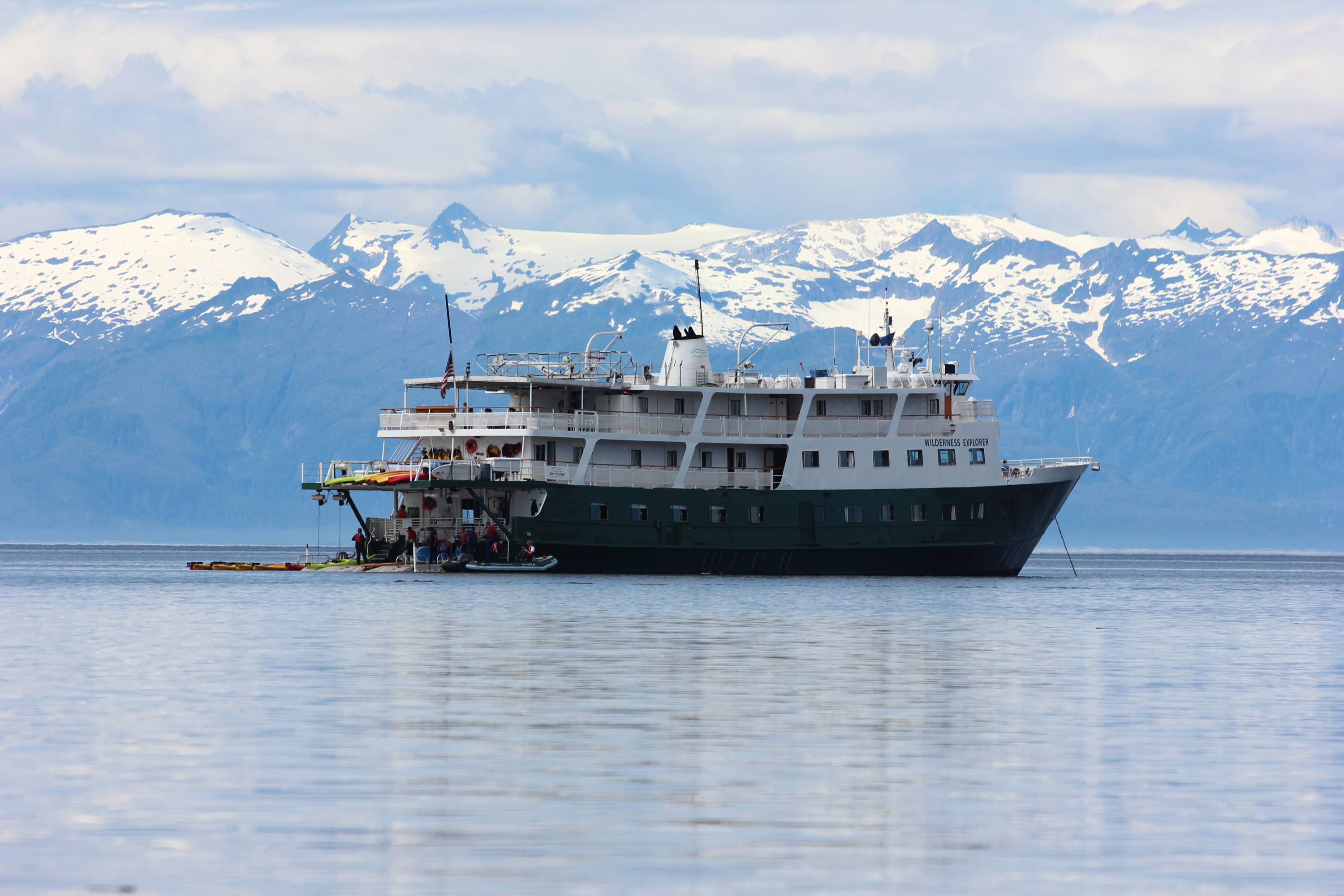 The crunch of our footsteps on the gravel path mingled with the intermittent beeping of a forklift as it backed its way past our group and up the dock – not the sounds one would typically expect to hear coming from a small bay nestled into the wilderness of Baranof Island’s remote eastern coast. As the raven flies, the nearest inhabited town was only a few miles away to our west, but with a mountain range and a 4,446- foot-peak separating us, there were far more bears than people around.

We passed by forest greenhouses set back into the woods and approached a small field of large circular holding tanks, each covered with a black protective net. Inside the holding tanks swam millions of baby salmon. They ran from our shadows cast over the water, schooling together even in their confined space.

Every year, the Hidden Falls Salmon Hatchery releases 105 million salmon into Alaska’s waterways, providing critical food for marine mammals, eagles, bears, wolves, and – by design – people. With the main goal of supplementing the catch for commercial salmon fisherman, the hatchery has been at work since 1978 when it was originally built by the Department of Fish and Game. On this warm day in mid-July, our guests aboard the Wilderness Explorer were lucky enough to tour the grounds of the salmon hatchery.

The baby salmon we were watching flit around in their tanks would be carefully fed and cared for as the seasons shifted – the temperate overcast and sun-speckled summer days giving way to the crisp, shorter days of autumn. By the time the young salmon were moved to their saltwater pens in February, there would be a few feet of snow covering the coastal landscape around them.

After growing larger in their new salty home, the youngsters would be released out into the deep waters of Chatham Strait to begin their epic migration - traveling through the Gulf of Alaska for several years, before instincts developed over two million years brought them back home to the hatchery. 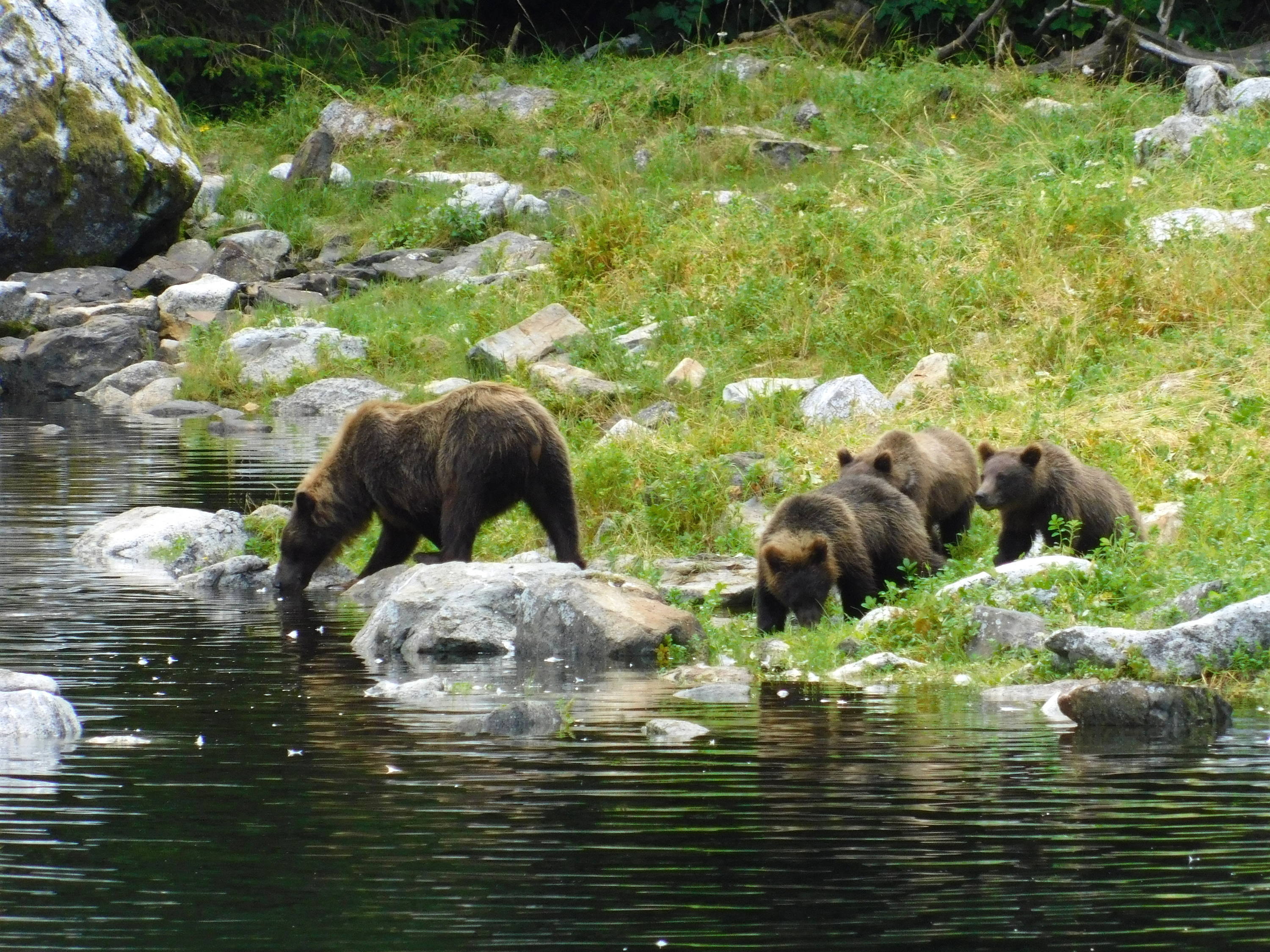 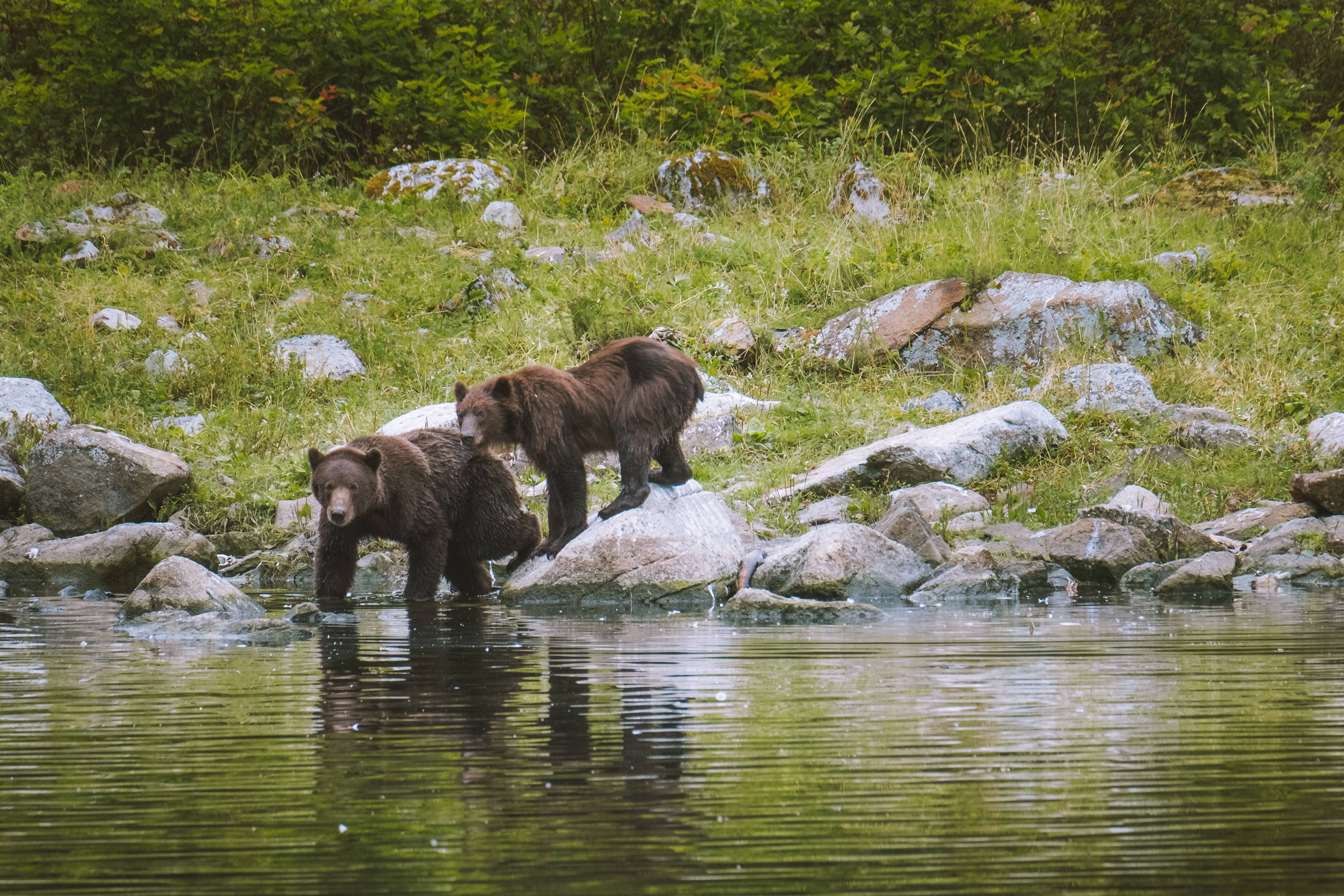 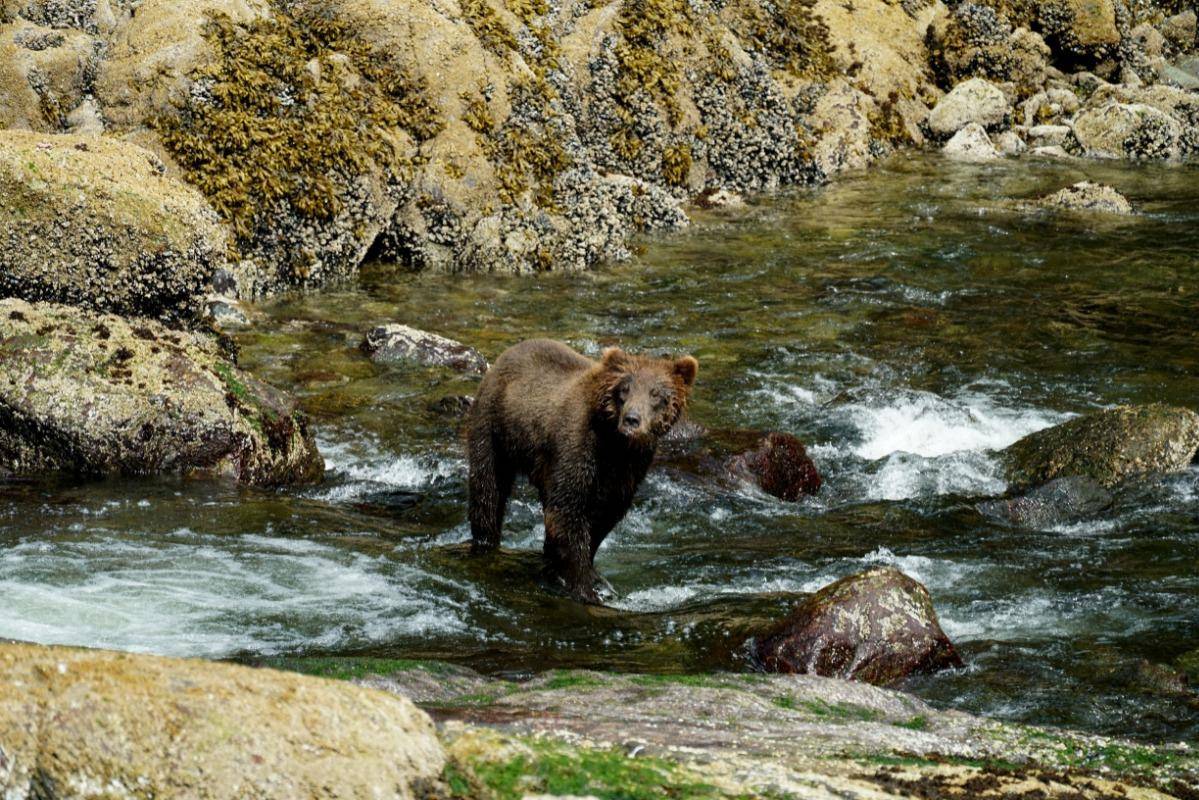 We continued walking and quickly reached an embankment over a small stream. Our presence startled well over a dozen bald eagles, who had been foraging on the rocks below. In an impressive commotion, the eagles spread their 6-foot wings and took to the treetops. Meanwhile, slowly splashing their way up the stream were 5 or 6-year-old Chum salmon who had nearly made it home. We soon realized these salmon weren’t going to have an easy time accomplishing their goal, for the eagles’ exodus revealed a new predator emerging from the tree line. With a somewhat tentative lumbering gait, an adolescent brown bear poked his head out from between two conifers, then began making his way down to the steam. His long claws curled around the barnacle-covered rocks and he raised his head to sniff the air – no doubt filled with the mouth-watering smell of fresh salmon.

We watched the young bear as he searched the shallow waters for his next meal. He would need to catch about 40 salmon a day once he was fully grown, but for now, it seemed he’d fed enough this season to focus mainly on the dessert course. We watched him pick a salmon easily out of the water, carry it to a nearby rock table, place a large paw on top, and take a little taste, only to discover it was a male chum. The salmon was left, without a second glance, to slowly flop its way back to the steam. With his next prey, he took more care. Snagging a female chum and biting directly at her soft stomach where he could relieve her of her 2,000 eggs – oily, delicious, and the most nutrient-rich part of the fish.

The remaining carcasses of the bear’s meal would go on to feed circling ravens, gulls, and eagles, the trees lining the salmon steam would grow three times faster than a non-salmon supported stream, and each individual fish would give 130 grams of nitrogen to the surrounding soil.

The physical power of the salmon was supporting the forest, animals, and the people who sustain a living by fishing. It was a beautiful glimpse into the continual cycle of life here in Southeast Alaska. 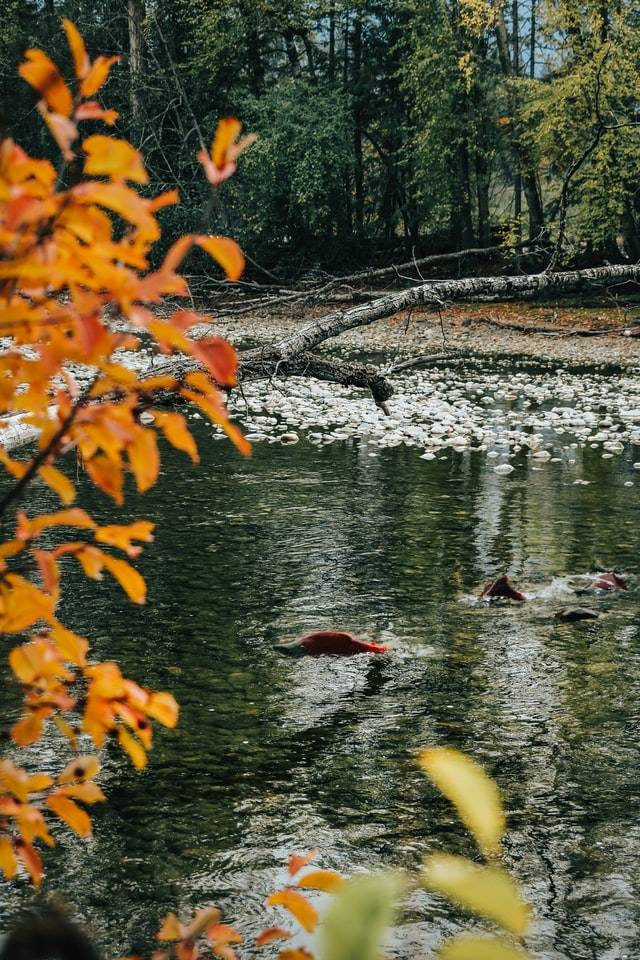